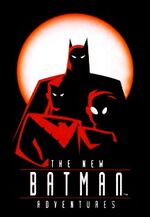 The entire series consists of 24 episodes, which aired from September 13, 1997, to January 16, 1999. As with "Batman: The Animated Series", this new show is also mistakenly separated in two seasons. During the original run of the series, the show was aired simultaneously with the Superman series as part of an hour-long segment called The New Batman/Superman Adventures. After the initial airing of episodes, the series was cancelled as the producers shifted their focus to develop the last installment of the animated Batman franchise in the DC Animated Universe called Batman Beyond, which takes place 20 years after the end of series.

The New Batman Adventures was deliberately different from BTAS. Among the most notable differences are:

The following list is organized by airdate. Click the No. box to see the episodes in production order.

Additionally, the continuity and some characters of The New Batman Adventures were featured in Superman: The Animated Series. It first happened in the trilogy of episodes called "World's Finest ", which was later released on home video as The Batman/Superman Movie. Later crossovers include the episodes "Knight Time " and "The Demon Reborn ".

Like its predecessor, The New Batman Adventures was successful and spawned a number of direct-to-video films, videogames and comic book adaptations. Due to it's connected continuity with the original Animated Series, it has been included in most home video releases of the show. Among the most notable media released based on the show are: 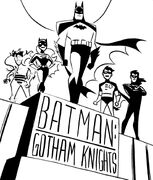 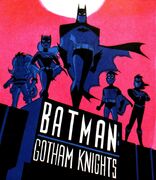